​Any and everyone is invited to our book club. You can invite neighbors, families, friends, and of course our members are always invited. The titles are available in local libraries. 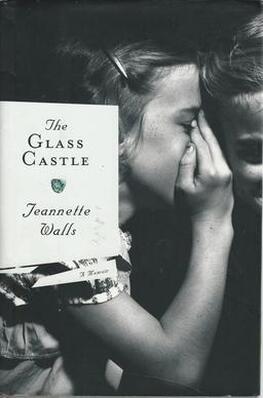 The "Circle Book Club" will meet on June 12 at 10:00 via Zoom to discuss The Glass Castle by Jeannette Walls.

"MORE THAN SEVEN YEARS ON THE NEW YORK TIMES BESTSELLER LIST
The perennially bestselling, extraordinary, one-of-a-kind, “nothing short of spectacular” (Entertainment Weekly) memoir from one of the world’s most gifted storytellers.

The Glass Castle is a remarkable memoir of resilience and redemption, and a revelatory look into a family at once deeply dysfunctional and uniquely vibrant. When sober, Jeannette’s brilliant and charismatic father captured his children’s imagination, teaching them physics, geology, and how to embrace life fearlessly. But when he drank, he was dishonest and destructive. Her mother was a free spirit who abhorred the idea of domesticity and didn’t want the responsibility of raising a family.

The Walls children learned to take care of themselves. They fed, clothed, and protected one another, and eventually found their way to New York. Their parents followed them, choosing to be homeless even as their children prospered.

The Glass Castle is truly astonishing—a memoir permeated by the intense love of a peculiar but loyal family.(Amazon)"

The zoom link is normally posted in the weekly newsletter. Or, contact our Office Manager at  office.mgr.ffp@gmail.com for the Zoom link to participate with us. ​​Or, contact Laura at 321 806-0559 or laura.petruska@gmail.com 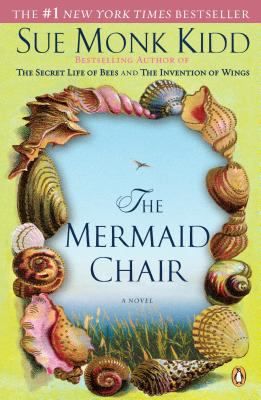 February 20:
The Mermaid Chair
by Sue Monk Kidd
Host- Karen Atlas
Book Overview:
The New York Times -bestselling second novel by the author of The Secret Life of Bees and The Invention of Wings Inside the church of a Benedictine monastery on Egret Island, just off the coast of South Carolina, resides a beautiful and mysterious chair ornately carved with mermaids and dedicated to a saint who, legend claims, was a mermaid before her conversion. When Jessie Sullivan is summoned home to the island to cope with her eccentric mother's seemingly inexplicable behavior, she is living a conventional life with her husband, Hugh, a life "molded to the smallest space possible." Jessie loves Hugh, but once on the island, she finds herself drawn to Brother Thomas, a monk about to take his final vows. Amid a rich community of unforgettable island women and the exotic beauty of marshlands, tidal creeks, and majestic egrets, Jessie grapples with the tension of desire and the struggle to deny it, with a freedom that feels overwhelmingly right and the immutable force of home and marriage. Is the power of the mermaid chair only a myth? Or will it alter the course of Jessie's life? What happens will unlock the roots of her mother's tormented past, but most of all, it will allow Jessie to comes discover selfhood and a place of belonging as she explores the thin line between the spiritual and the erotic. 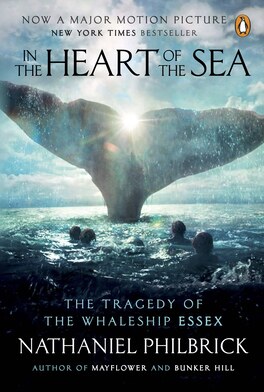 March 19:
In the Heart of the Sea
by Nathaniel Philbrick
Host – Sarah Hart
According to Wikipedia:
In the Heart of the Sea: The Tragedy of the Whaleship Essex is a book by American writer Nathaniel Philbrick about the loss of the whaler Essex in the Pacific Ocean in 1820. The book was published by Viking Press on May 8, 2000, and won the 2000 National Book Award for Nonfiction. It was adapted into a film of the same name, which came out in late 2015.In retelling the story of the crew's ordeal, Philbrick utilizes an account written by Thomas Nickerson, who was a teenage cabin boy on board the Essex and wrote about the experience in his old age; Nickerson's account was found in 1960 but was not authenticated until 1980. In 1984, an abridged version of his account was finally published. The book also utilizes the better known account of Owen Chase, the ship's first mate, which was published soon after the ordeal.[1]
Apr 16 – The Dutch House by Ann Patchett
Host – Steven Atlas
May 21 – The Matriarch by Susan Page
Host – Karen Atlas
No meeting in the summer
Sep 17 – East of Eden by John Steinbeck
Host –Karen Atlas
Oct 22 – Fly Girls by Keith O’Brian
Host-Laura Petruska
Nov 19 – South Pole Station – by Ashley Shelby
Host – Ruth Rodgers
Hope to see you all at the Book Club.

February 21, 2019:
"The Art of Racing in the Rain"
The Book Club meets Feb 21, in the main hall at 10:00 am.  "The Art of Racing in the Ran" by Garth Stein weaves a philosophical story between Enzo, auto racing and life's events.  As told by Enzo, the dog, it is anything but trite - it is a love story, a story from which we can all learn.  Join us for a lively discussion - there is no "membership" if you show up you are a member!  Contact Laura P for more information.