Films are on alternate MONDAYS, 1:00 pm—4:00 pm. Please arrive on time and stay for discussion of the films.
All these MOVIES are NEW to this group. 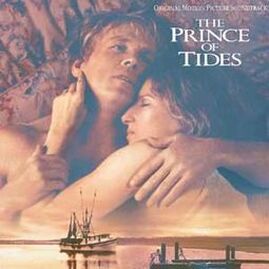 March 2:
The Prince of Tides (1986)
March 2: The Prince of Tides (1986)
This movie by and starring Barbra Streisand, with Nick Nolte superb as its protagonist, cannot begin to do justice to Pat Conroy’s finest novel. Nonetheless, it was nominated for seven Academy Awards, including Best Picture. It is worth seeing for Nolte’s performance alone. Read the book for Conroy’s magnificent poetic prose! 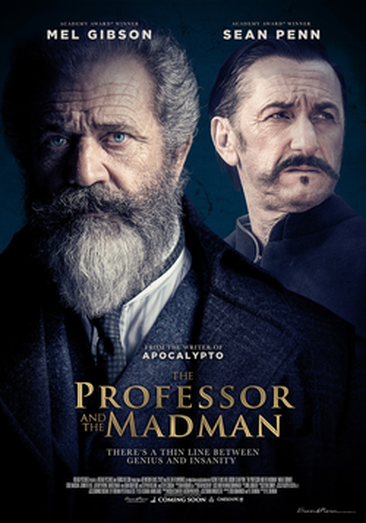 March 16:
The Professor and the Mad Man (2019)
Two Academy-Award winning actors, Mel Gibson and Sean Penn, bring this true, unbelievable story to life. It is about the composing of the Oxford English Dictionary, which took 70 years to complete, in 20 volumes. It was started in 1857 by Professor James Murray, a self-taught genius who used volunteers to compile entries, including an inmate at a criminal lunatic asylum. Great!

NOTE: Films are on alternate WEDNESDAYS, 1:00 pm—4:00 pm. Please arrive on time and stay for discussion of the films.  All these MOVIES are NEW to this group.

April 1: 10 Things I Hate About You (1999)
This high school rom-com is an update of Shakespeare’s The Taming of the Shrew. It stars Julia Stiles as the shrewish teen who will not accept a boyfriend and Heath Ledger, the great young Australian actor, who died at 28. Will he trick her into accepting a date? A great comedy that will touch your heart at any age!

April 15: Stand By Me (1986)
Coming-of- age film directed by Rob Reiner, this classic based on a Stephen King novella stars Wil Wheaton, Corey Feldman, Jerry O’Connell, and the promising young star River Phoenix, who died at 23. It is about four young boys who go in search of a body, and was nominated for many awards. I loved this film when it came out and upon seeing it again!

April 29: Samson and Delilah (1949)
I was thrilled by this epic when it first came out, and still wonder at seeing Samson get his revenge on the evil Philistines. Watch Samson slay 1,000 enemies with the jawbone of an ass! Watch the most beautiful woman ever in film (Hedy Lamarr, also the most intelligent) betray Samson and later help him triumph!  This is, I believe, Cecil B. DeMille’s greatest film!

May 13: The Trojan Women (1971)
Magnificent filming of Euripides’ Greek tragedy of the 5th century BC, it stars Katharine Hepburn as Queen Hecuba; Vanessa Redgrave as Adromache, Hector’s widow; Genevieve Bujold as Cassandra; and Irene Papas as Helen. The defeated Trojan wives are taken to Greece as slaves of the Greek captains. The saddest tragedy of all time—but one of the best!

May 27: Walk the Line (2005)
I became a great fan of Johnny Cash after watching Ken Burns’ series on Country Music; I bought his record “At Folsom Prison.” Although never imprisoned himself, Cash was a champion of the downtrodden. Reese Witherspoon won an Academy Award as June Carter Cash and Joaquin Phoenix is terrific as Johnny Cash in this superb biopic. See it, or see it again!

June 10: The Man Between (1953)
James Mason is at his romantic best and Claire Bloom and Hildegard Neff at their most beautiful in this film-noir thriller from Carol Reed. It concerns espionage and mystery in East  and West Berlin, before the Wall was built. Claire Bloom visits her brother in West Berlin and tumbles into plots and counterplots which mean life and death. I love this film as much as when I first saw it as a teen! 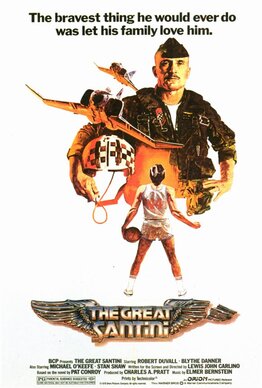 February 17:
The Great Santini (1979)
Autobiographical novel about the abuse of Pat Conroy and his siblings and mother by his
Marine fighter pilot father. I have been re-reading all the books of and about Conroy, as he is my favorite writer and personality. Come see the movie and become acquainted with the greatest writer of our time—and then read the book.
August 29: No meeting
Copyright 2020 by Friendship Fellowship at Pineda. All rights reserved. Links are encouraged.